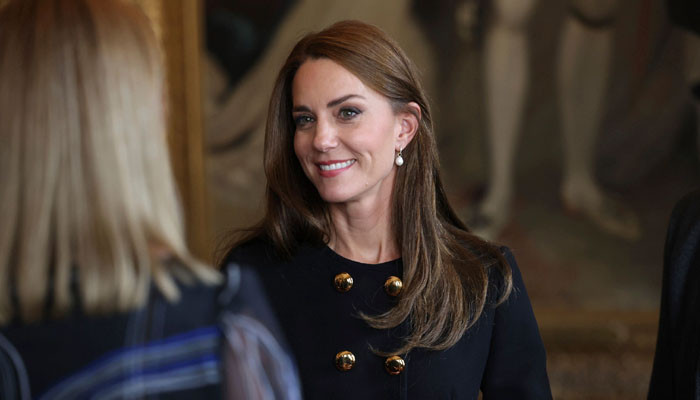 Throughout her first public look following Her Majesty’s funeral, the brand new Princess of Wales made a refined nod to the late Duke of Edinburgh, leaving royal followers in awe.

The Prince and Princess of Wales met those that had helped to organise the late Queen’s Committal Service in St George’s Chapel at Windsor Guildhall on Thursday.

She wore the identical coat for her first engagement after Prince Philip’s funeral in April 2021. The collarless lengthy black coat, with two rows of gold buttons within the entrance, was paired with a sublime pair of pearl earrings.

William and Kate have been dressed all in black as they proceed to watch the royal mourning interval which lasts till Monday.