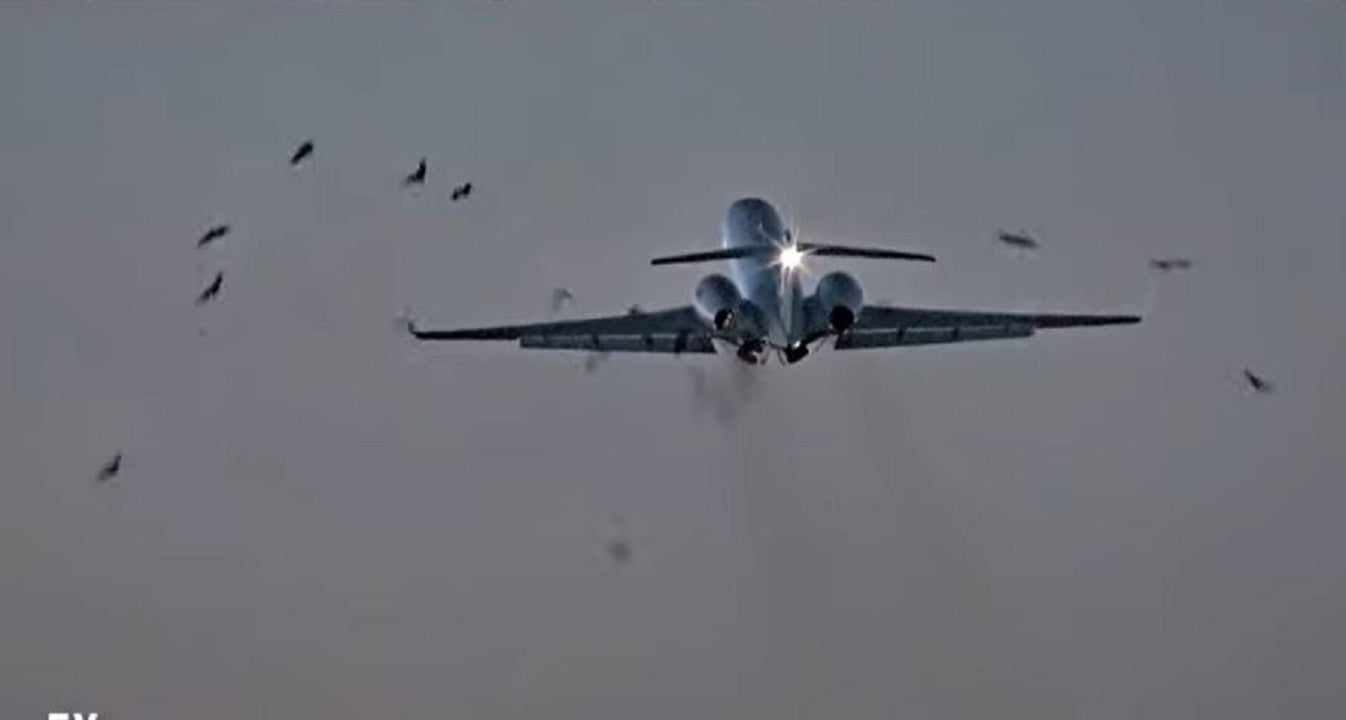 A navy airplane carrying a Nationwide Guard basic was pressured to return to Halfway Worldwide Airport in Chicago after putting a flock of birds upon takeoff Monday night.

Gen. Daniel Hokanson, the Chief of the Nationwide Guard Bureau, was on the C-37 Gulfstream airplane en path to Joint Base Andrews in Maryland when the incident occurred, Kurt M. Rauschenberg, a Nationwide Guard spokesperson, advised Fox Information Digital.

A navy airplane carrying Gen. Daniel Hokanson, the Chief of the Nationwide Guard Bureau, struck a flock of birds upon takeoff in Chicago, forcing the plane to return to the airport.
(StreamTime LIVE)

Video footage of the takeoff exhibits the plane putting a flock of birds moments after turning into airborne. A spark could be seen coming from the left engine after the collision.

The airplane is assigned to the 89th Airlift Wing at Joint Base Andrews. No accidents have been reported.

“Out of an abundance of warning, the crew safely returned to the airport,” a spokesperson for the 89th Airlift Wing mentioned. “All members on board are secure and the incident is underneath investigation.”

Hokanson remained in Chicago in a single day and the incident is underneath investigation.