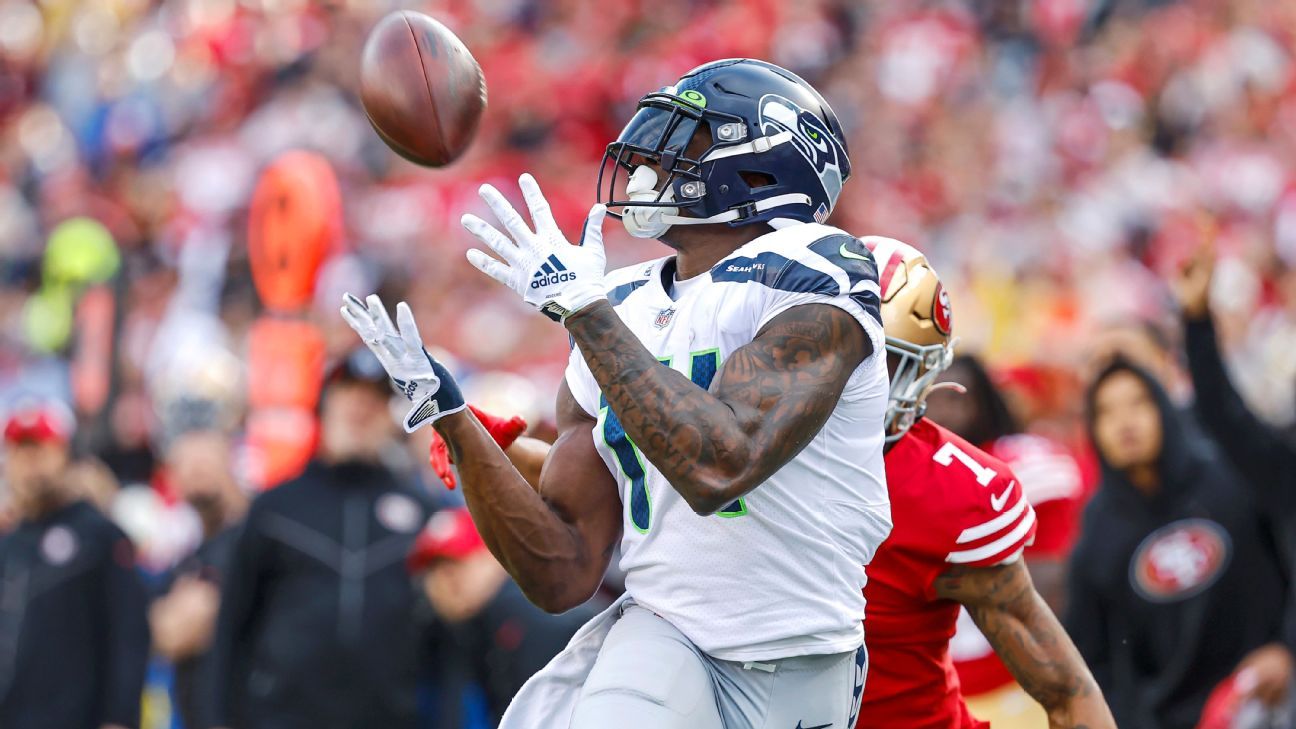 SANTA CLARA, Calif. — DK Metcalf will get greater than his share of double groups due to his blazing velocity and big-play skill. However when Metcalf bought a one-on-one within the second quarter Saturday due to a San Francisco 49ers blitz, he and Geno Smith took benefit.

THAT’S A LEAD! WHAT A THROW AND ROUTE!

Smith delivered a deep dime down the left sideline, Metcalf separated late in opposition to cornerback Charvarius Ward and the receiver hauled it in for a 50-yard landing. It gave the Seattle Seahawks — 10-point underdogs of their wild-card matchup — a 14-13 lead. The groups traded discipline objectives to shut out the primary half, with the Seahawks taking a 17-16 lead into halftime.

In response to ESPN Stats & Data, that was Metcalf’s third profession landing reception of no less than 50 yards within the playoffs, tying Randy Moss for the second-most in postseason historical past. John Stallworth has 4.