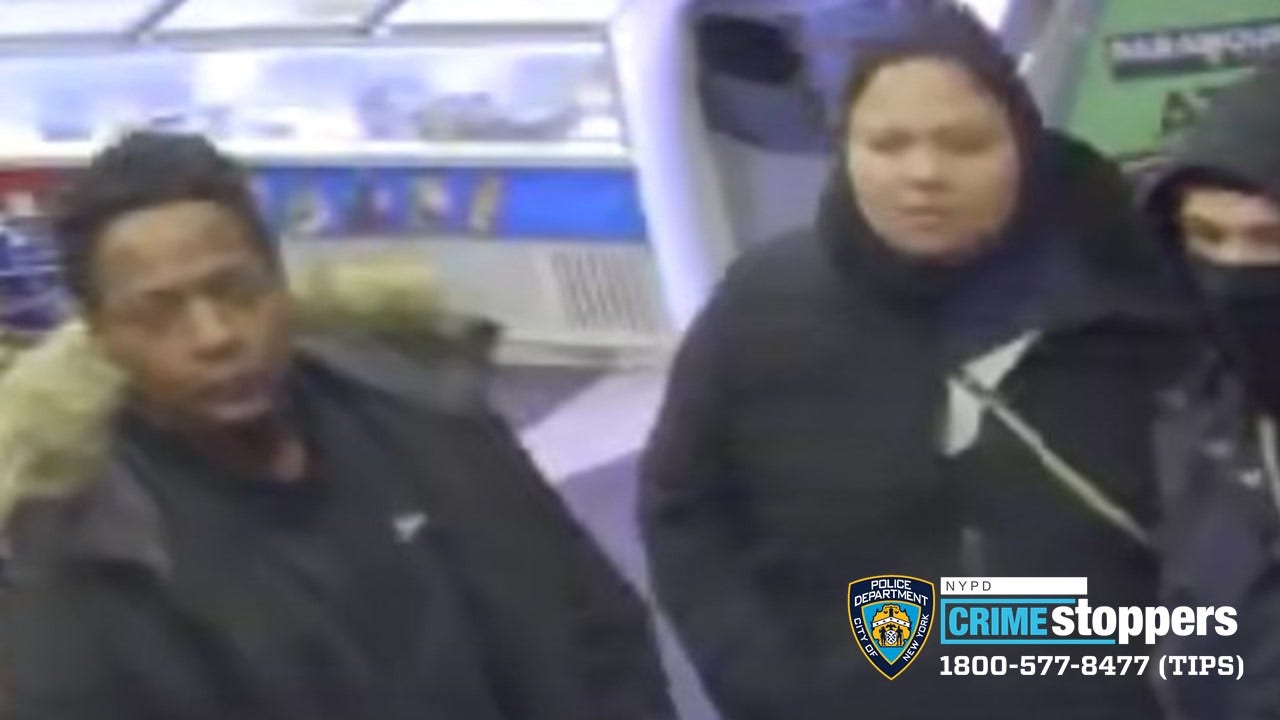 A trio of suspects entered a Harlem deli on the afternoon of Jan. 11 and allegedly demanded cash earlier than throwing kitchen knives and retailer merchandise on the workers, based on the NYPD.

Surveillance video of the incident launched by police reveals the suspects ransacking Eleganza Groumet Deli, throwing a complete rack of merchandise over-the-counter and screaming on the employees.

The three suspects picked up a complete rack of merchandise and threw it over-the-counter at one level.
(NYPD)

One of many suspects appeared to position a big kitchen knife in his waistband earlier than leaving the shop.
(NYPD)

One among them seems to place a kitchen knife in his waistband earlier than leaving the shop.

Nobody was injured in the course of the incident. The suspects fled on foot, in accordance to police.

One of many suspects threw a kitchen knife on the deli’s workers, based on the NYPD.
(NYPD)

Paul Greatest is a breaking information reporter for Fox Information Digital and Fox Enterprise. Story suggestions and concepts will be despatched to Paul.Greatest@fox.com and on Twitter: @KincaidBest.